Across the Commonwealth, Emerge alums and Board members ushered in a new era of politics as they were elected to positions of leadership at the precinct, county and state level during the Kentucky Democratic Party Reorganization.

We are so proud of their rise to power at all levels, including Rep. McKenzie Cantrell (Class of 2016) who was elected Vice-Chair of the Kentucky Democratic Party and eleven Emerge women who were elected to State Central Executive Committee! 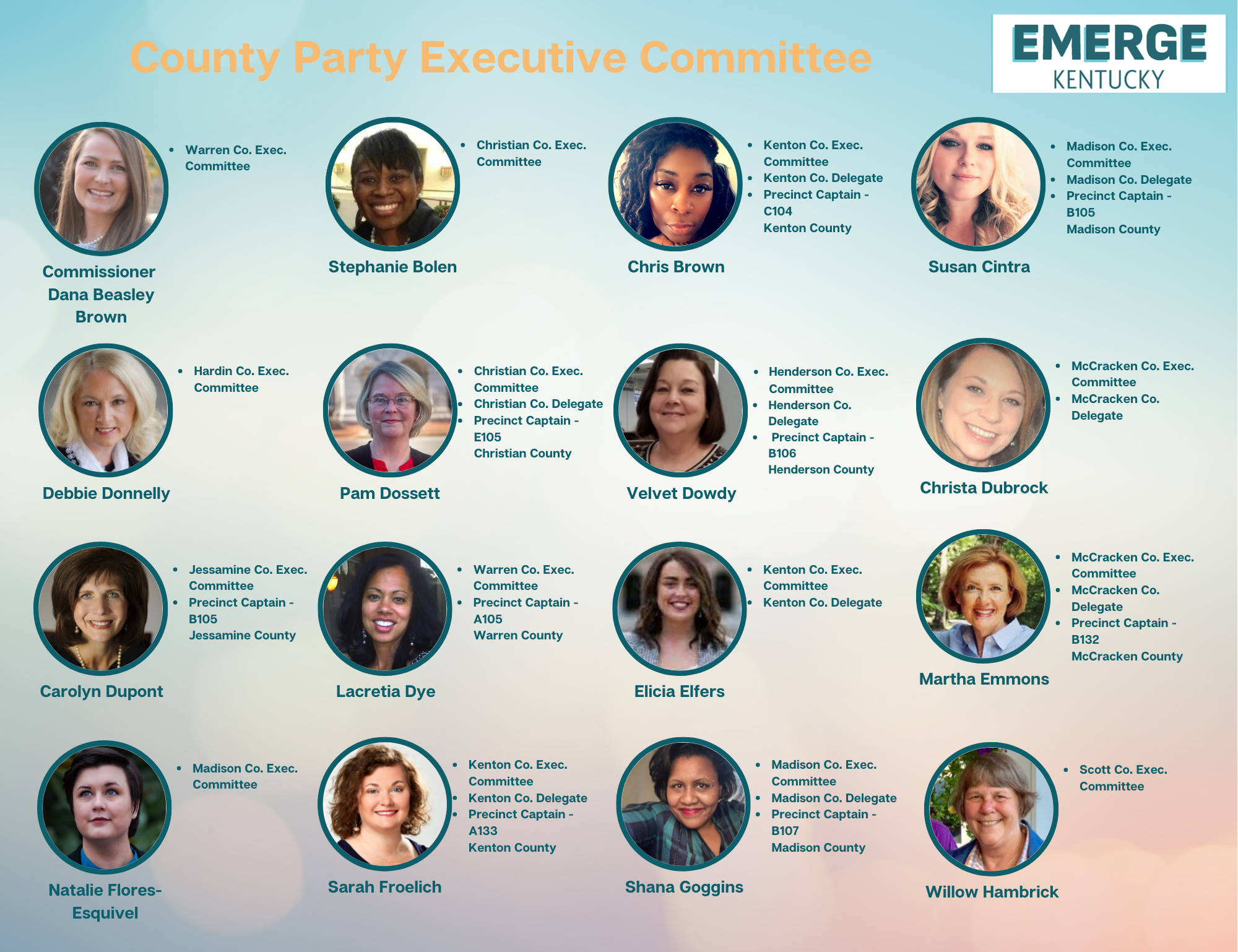 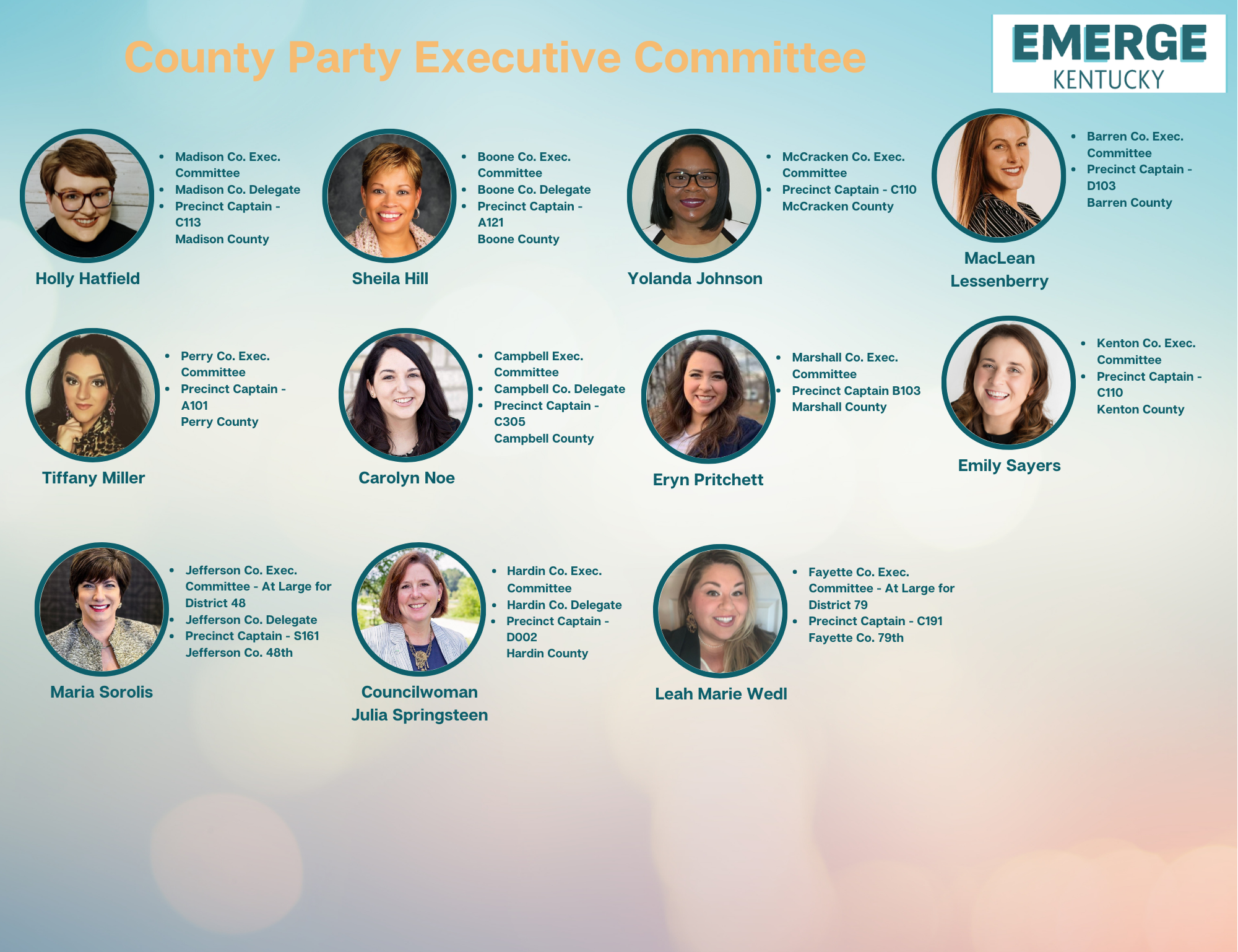 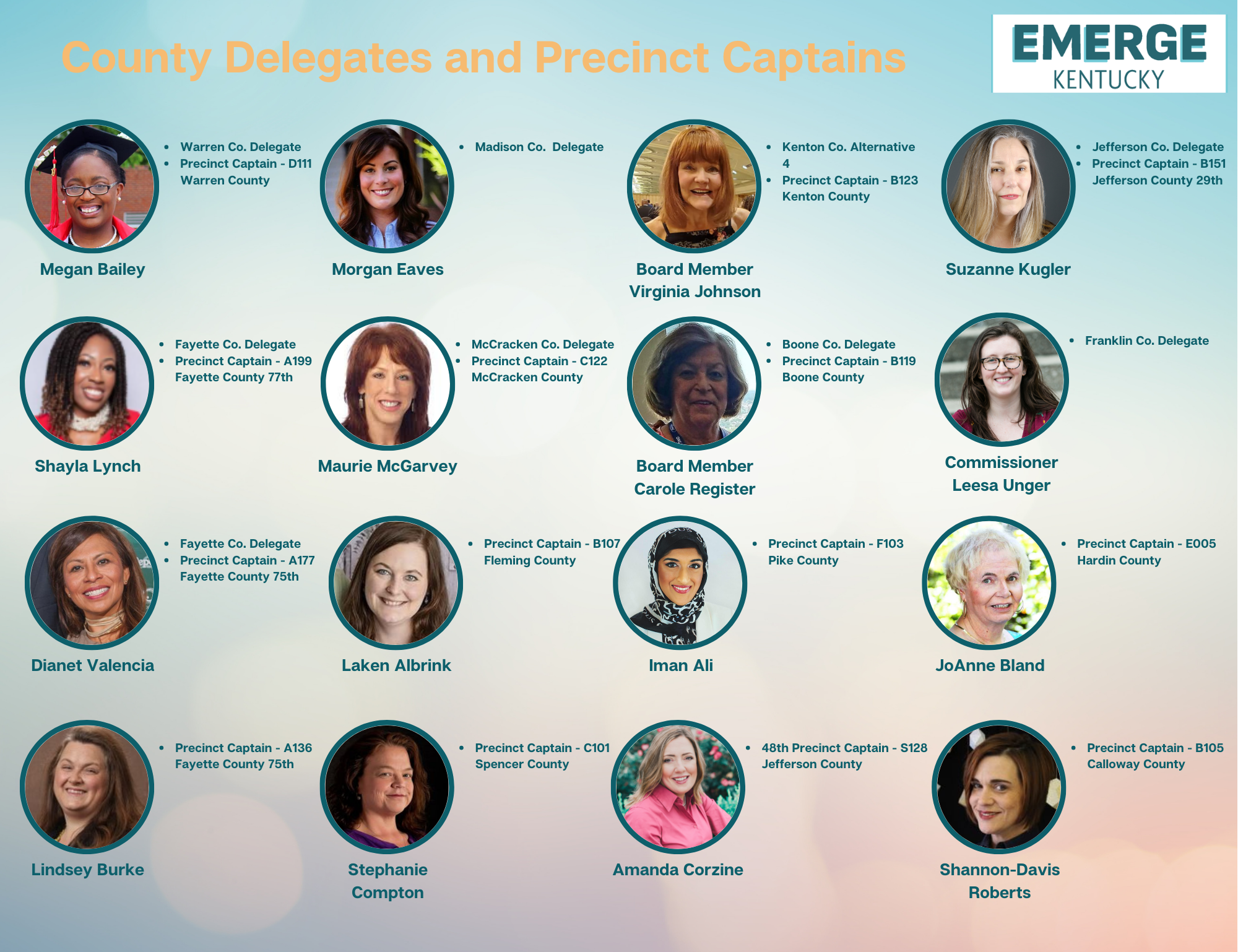 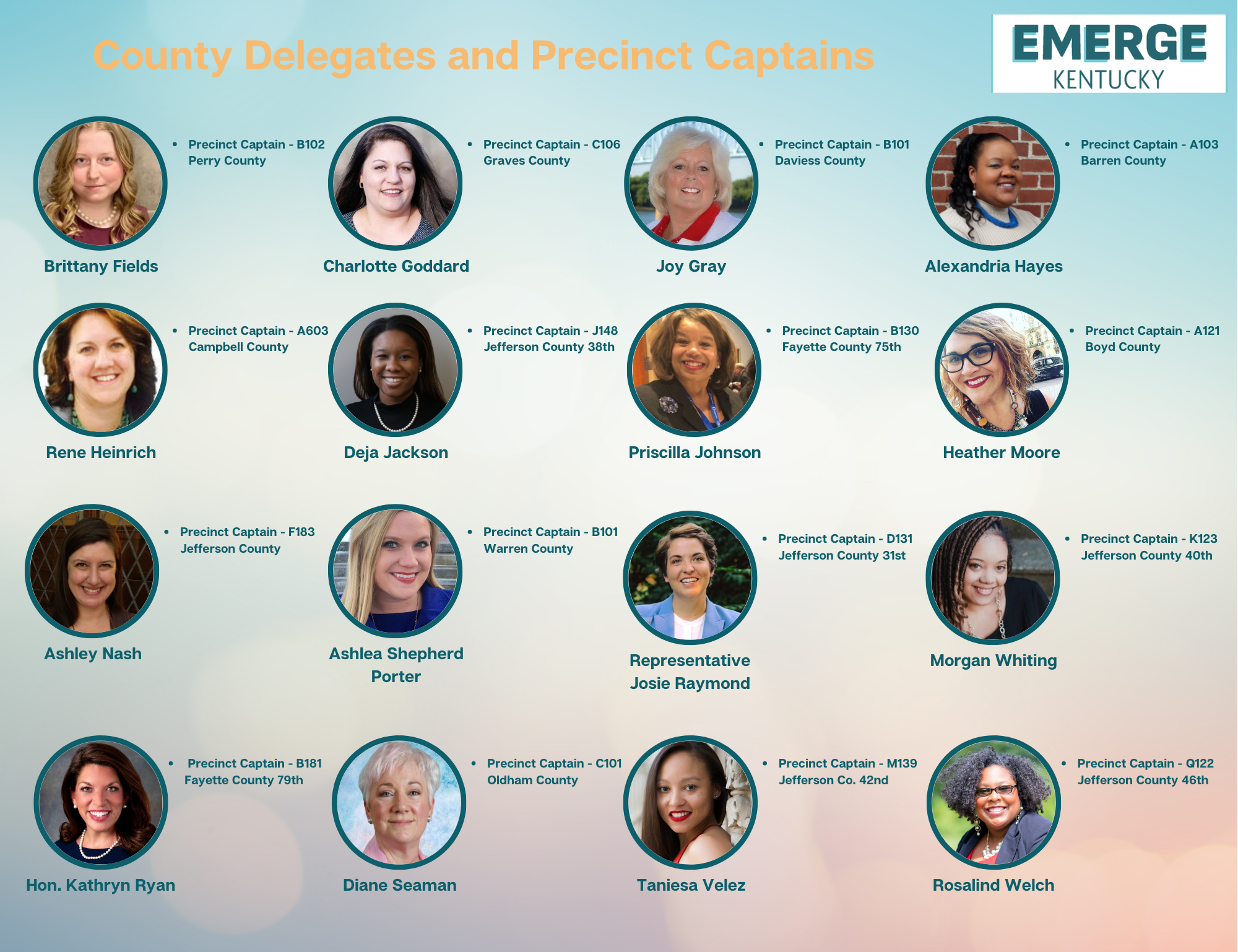 We are so excited for the future of our party and all the new energy these Emerge alums and board members will bring to the table! Please join us in congratulating the members of our Emerge network!